What a Scream - Halloween 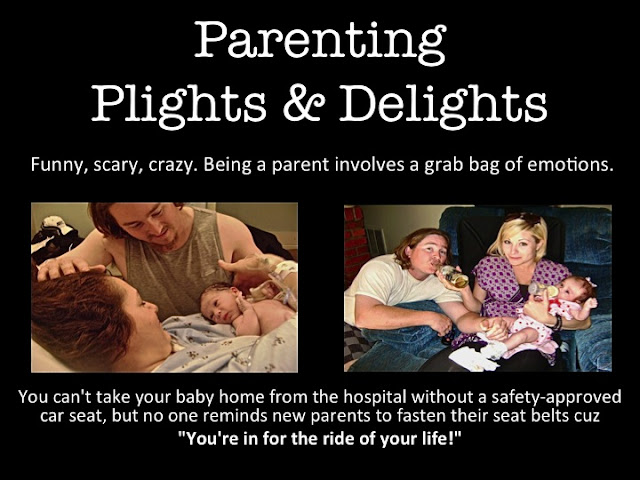 It's October 1st, and I'm looking for Halloween-related stories, so if you have one you'd like to share, please leave a comment or email me at the address below.

This is a re-post from last year, the very first in my parenting series, about a scare my kids gave me years ago. 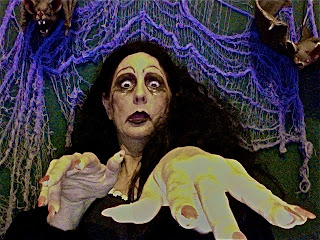 It was a few days before Halloween. All four kids still lived at home, and I dragged my husband, George, with me to a play at the Montclair Plaza, leaving 16-year-old Tulip in charge of her two younger sisters, Lily and Sunflower, ages 12 and 8. Our oldest, 17-year-old Puck, wasn't cut out for babysitting back then. I'll leave it at that.

The play was titled "Every Man in the Mall," and it started after hours when the stores had closed up. The audience followed the characters all through the mall for the different scenes.

The theme was death and how every person must face it sooner or later. The grim reaper character creeped me out. So did the spooky, eerie atmosphere.

Here's a good image of a grim reaper. The video is funny.

About halfway through the play as we headed to the next scene on the lower level, a security guard walked up and read my name tag. Then he asked if there was a 'George' in the crowd. "Yes, right here." I pointed at my husband.

The guard spoke into his walkie-talkie, "Okay, I found them." He pulled us aside and told us to call home, that there was some kind of emergency.

My heart sunk. I was at a play about death and now something terrible must have happened to one of my kids. I dialed our home number, but my chest tightened up and I couldn't talk. I handed the phone to George.

A moment seemed like an eternity as my imagination conjured up horrible scenarios. I prayed silently. Finally, George told me, "They're all right. It's not an emergency." I was able to catch my breath as I listened to George tell Tulip she almost gave her mother a heart attack by calling us.

As it turned out, Tulip had started feeling sick and was running a fever. Puck and his friend, Durgie, had dressed up as the killer from "Scream" and were banging on the windows and scaring Lily and Sunflower. Then the boys climbed up on the roof, stomped back and forth and pounded on the skylights.

Lily and Sunflower screamed hysterically. The dogs barked and howled. Tulip tried again and again to settle everyone down, to no avail. She was afraid the neighbors might call the cops, so she resorted to calling us at the play. My cell phone must have been turned off, so she got a hold of mall security and stressed to them that it wasn't an emergency but very important that she reach us.

Apparently, they didn't listen to that part, and maybe the background noise sounded like bloody murder with the screaming and barking, but they treated it like it was a dire situation that demanded our immediate attention.

It was hard to follow the rest of the play after that, but that was okay because we were thankful the kids were all right. We grounded Puck for life. That was letting him off easy.

A version of this story first appeared in the Highland Community News in October 1998.

Posted by LynNerdKelley at 7:57 AM

Grounded for life was letting him off easy!

My girls watched that movie, Scream. It's a parent's nightmare. I probably would have reacted like you if I was called by security re-my kids. Sounds like an appropriate sentence (life grounding...)for the perpetrator.

I'm not sure if the story, good as it is, is more humorous, or more scary!

OH I do so remember this story! LOL!!!

And I can't believe it's been a year and it's nearly halloween!! Yikes! Take care
x

I remember this, too. Still I enjoyed reading it again. Another year. Oy!

D.G. - I'm a big wuss and have never seen Scream! Just looking at the mask scares me!

JJ - It's humorous now, looking back, but at the time it sure was scary!

OC - Yes, the holidays sure are coming around fast, aren't they?

Lee - Glad you enjoyed reading it again! That's what I say, another year? How can this be?

That's not funny, but it is a funny story! Gotta love those crazy kids.

I'm glad you re-posted. I missed it the first time around.

Happy almost Halloween! I get to go trick-or-treating this year at Disney World! Woo Hoo!! First time for that for me.

Yep. Puck deserved that grounding. And that was a really scary parenting moment for sure!

All the best with the halloween stories!

I watched Scream - all parts- with my daughter.

I love your laughing photo at the top of your blog!

My daughter has scared me the most with all of her medical maladies!

LOL That's a good one! Well, not at the time, but it's funny now! Thanks for the smiles!

Oh my! I can see why you were scared out of your mind! It sounds like there was a lot of that going around that night. I will have to think about this topic and I will come back if I think of something from my childhood that might have scared my mom or dad.
~Jess